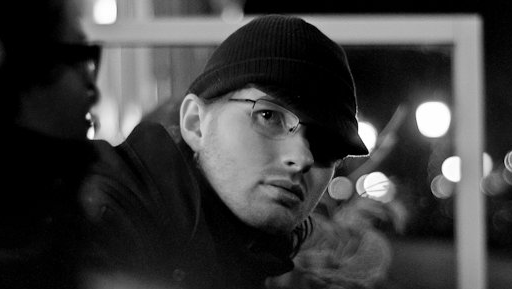 I am Joeri van Ees, 31 years old and live in The Hague in the Netherlands. I hold a Bachelor in Gamedesign from the Utrecht School of the Arts in Hilversum. I design rulesets that facilitate play.

I aspire to work as a gamedesigner on either small or big projects. I like to experiment with unexplored game mechanics and try new things. I also like to explore different emotions of players and provoke unfamiliar behaviour. But I also like working on a fun game that is very engaging to play.

I worked on several school projects and gamejams mainly as a gamedesigner and project lead. My strengths lie in particular in the conceptual phase and I spent most of my time communicating design decisions to other members of the team.

I think it's very important that gamedesigners are familiar with the other disciplines in the game industry. I tried to learn some programming in AS3 in my free time and worked through a book that covers the basics of XNA. I am currently focussing on learning Unityscript, C# and Playmaker in Unity3d. Throughout the years I grew proficient enough at C# in Unity3D to create my own protypes.

I come from a very competitive gaming background(one in which I am still very active) and from my family I got in contact with theater very early in my life. I went to a graphic highschool which focused on the creative aspects more then most highschools do. I got in contact early with painting, graphic software, film and photography. I am still very interested in other art forms and try to draw inspiration from these when I work on games when I can.

I occasionally take some pictures when I see an interesting sight and have attended some photography work shops. You can check out my flickr page to see some of my recent pictures.

Before my studies at Utrecht School of the Arts I studied Game Architecture and Design at the NHTV in Breda. I discovered that becoming a 3d artists wasn't really cut out for me but I did find that there was something with gamedesigns that engaged me. Due to this reason I switched. I however hold very fond memories of my time there.

I have half a year of Game Engine QA experience from an internship at Vanguard Games. During this period I also did level design in the hours left over which made it into Halo: Spartan Assault.

I worked for several years as Game Tester at Paladin Studios. Started as junior and climbed to a medior permanent position after roughly 2 years. During this period I was responsible for testing multiple projects simultaneously, the most prominent being Stormbound: Kingdom Wars, My Tamagotchi Forever, Galaga Wars, Amazing Katamari Damacy, Sara's Cooking Party and Rob and Roll. For the first 1.5 years I was largely solely responsible for the majority of the Game QA in the company. During my position I improved the QA process within the studio. Once the team expanded I got them up to speed and eventually carried over the torch when I left the position after roughly 3 years of service.

Besides my gamedesign studies I have been playing Super Smash Bros Melee in a competitive environment since 2004. I have travelled abroad many times. I am not a pro player but I have been to a lot of tournaments and have a lot of contacts with hard core gamers. I take care of video recordings for many of the Dutch tournaments to help other players analyse changes in the current meta game. In addition I maintain the social media accounts of SmashNL and assist with the Avalon tournament series and Syndicate Events. I'm one of the main initiators of smasheurope.com, a portal into the competitive European Smash community which we launched early 2015. For this I write articles, update the site pages and handle all the social media accounts.

More information can be found at ProjectM's site

All content on this site belongs to its rightful owners.